My seven-year-old boy used to get scared at night. He would climb into our bed at 3am, or ask me to come back to his bed until he fell asleep. Every night he asked that the light be left on.

We talked about his fears. One questionable children’s movie (which I regret turning on) has given him a few nightmares. However, he has also mentioned hearing his name called, and hearing noises.

Since I believe in spirits, in our souls surviving death, I believed he could be hearing them. For a child, this is very scary. Any medium that I know reports being frightened as a child, even as they now embrace their unique ability to speak with spirits.

Last month I told him a trick. 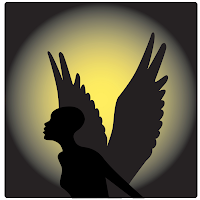 Surround yourself with white light. Imagine a glowing ball of light surrounding you and connecting with the ground. Good feelings can go through this light. Bad feelings can’t. Also ask God or a higher power to protect you all night.

This, along with keeping the light on low, seemed to work most nights.

Last weekend I went to a conference on the science of afterlife. I bought a children’s book from one of the mediums who presented. I gave it to my son, and the same one to my daughter. I passed on some advice from the author, Debra Martin. She said, “tell your son to ask someone he knows – a great grandfather who has passed on, for example – to stand at his doorway and keep him safe all night. No one will be allowed past him without your son’s permission.”

When I told my son, he said, “could I ask lots of spirits to stand there and guard me?”

I said, “sure, but it is probably better just to ask one or two, then you don’t lose track of who you’ve asked.”

Before this chat he was pretty quiet about his fears. On this night, and the next morning, asked me many questions.

I feel pretty confident he will sleep better.

A side note: Yesterday I spoke with a friend-of-a-friend. She was concerned her seven-year-old boy was waking up every night, terrified. Before I knew her own beliefs, I decided to tell her what I’d just said to my own son. She revealed that when her son was two, he seemed to see her own father frequently, shortly after he passed away. She thinks this new advice is worth trying. Stay tuned.